WELCOME to the Andatech Advocate 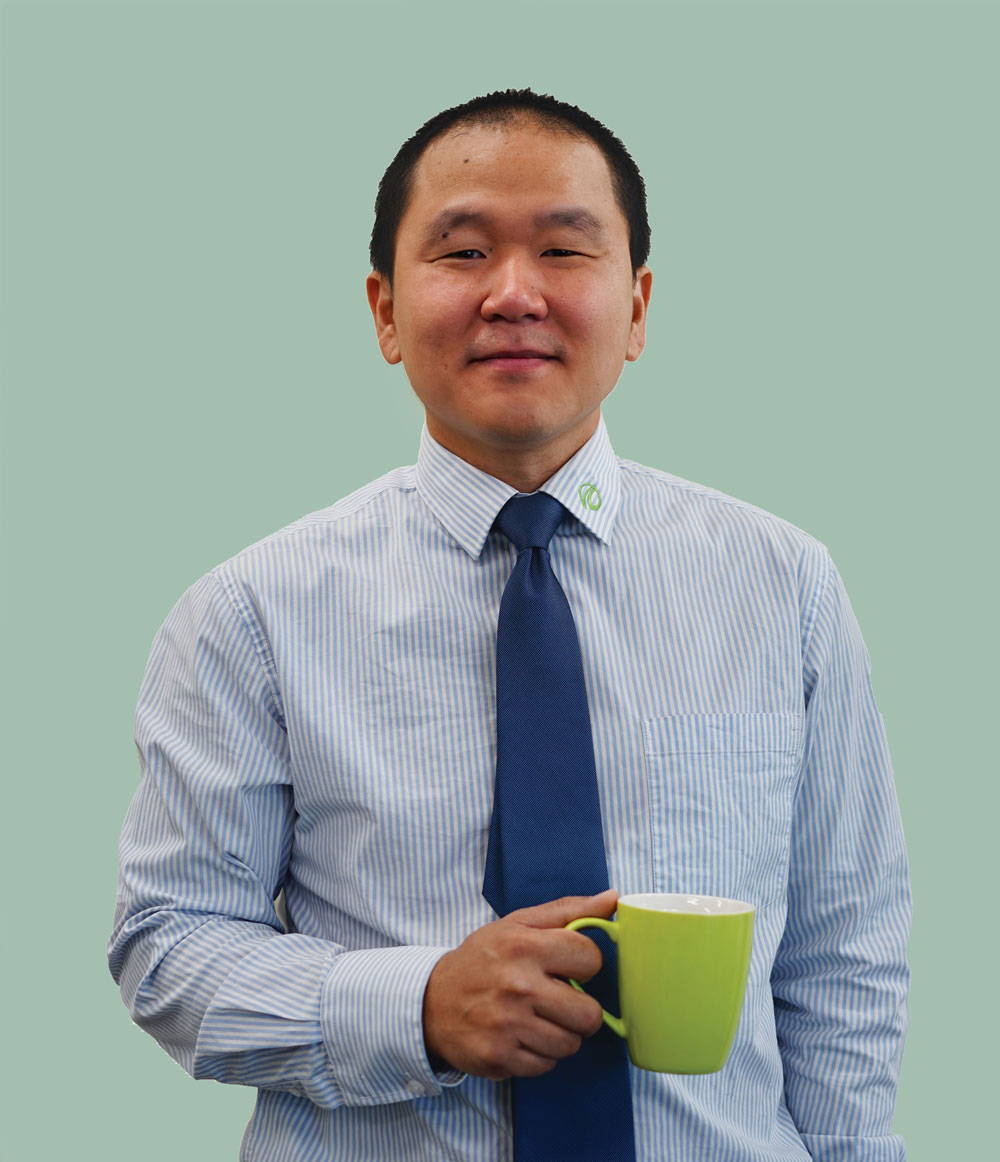 Spring! It heralds so much, but primarily hope.

For the southerners fed up with a very cold winter, it‘s hope for warmer days. For people in regions north of the country, it‘s a signal of weather with more moisture and the portent of much needed rain.

Wherever you are, Spring is also a welcome starter to longer days when we can spend more outdoor time with our families. For many people, this season can result in adverse effects to allergies, which is why our lead story is a focus on healthy homes and air purifiers. If you suffer, it makes sense to protect your home from allergens that can cause allergic rhinitis: antigens such as pollen, house dust, pet dander and fungal spores.

In this issue, there are many other interesting stories including some tips on the best way to store wine and details of our latest new product, the KetoScan, a mini breathalyser that can measure your ketone levels.

Plus, take advantage of the opportunity to win a DriveSense Ranger dash cam.

Please enjoy everything that Spring promises.

Is Your Home a Healthy Home?

With nearly 1 in 5 Australians suffering allergic rhinitis (hay fever) and the sale of hay fever medicines doubling1 as a result, it‘s good to know that an intelligent air purifier can trap 99.97% of allergens down to 0.3 microns in size.

Simply using an air purifier can help prevent hay fever symptoms and reduce the need for expensive and invasive medicines such as nasal sprays and oral antihistamines, and they can be used in the home, at the office, in vehicles and even on aeroplanes. 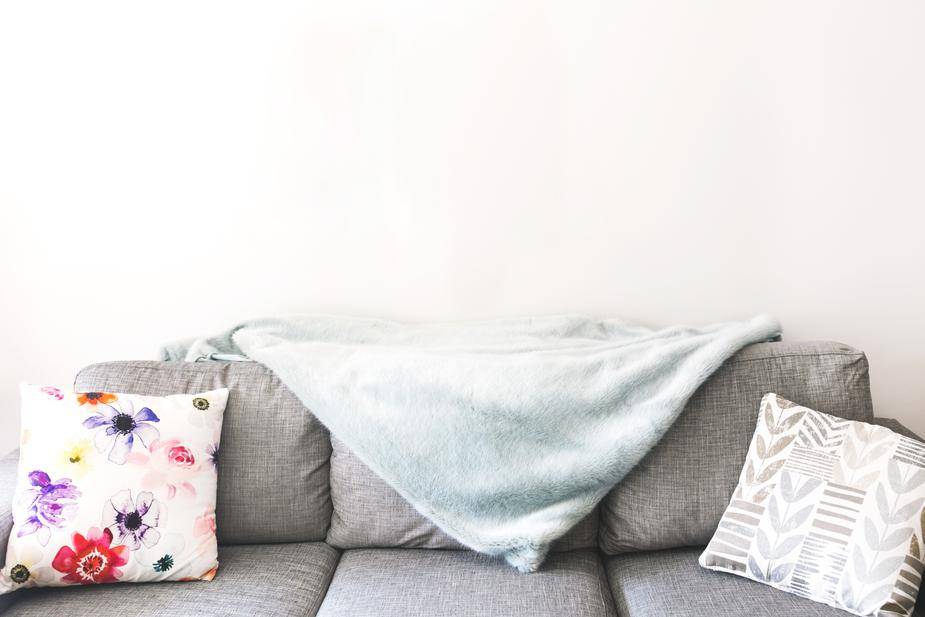 Hay fever does occur throughout the year but peaks in October and November. ACT has the highest rate of allergic rhinitis (26%), followed by Tasmania (23%), South Australia, Victoria and Western Australia (all 21%), and NSW (19%). The lowest rates were in NT (12%) and Qld (17%).

Unlike many health conditions, allergic rhinitis is most common in the middle years of life: 15 to 59 years and is triggered by an allergic reaction. 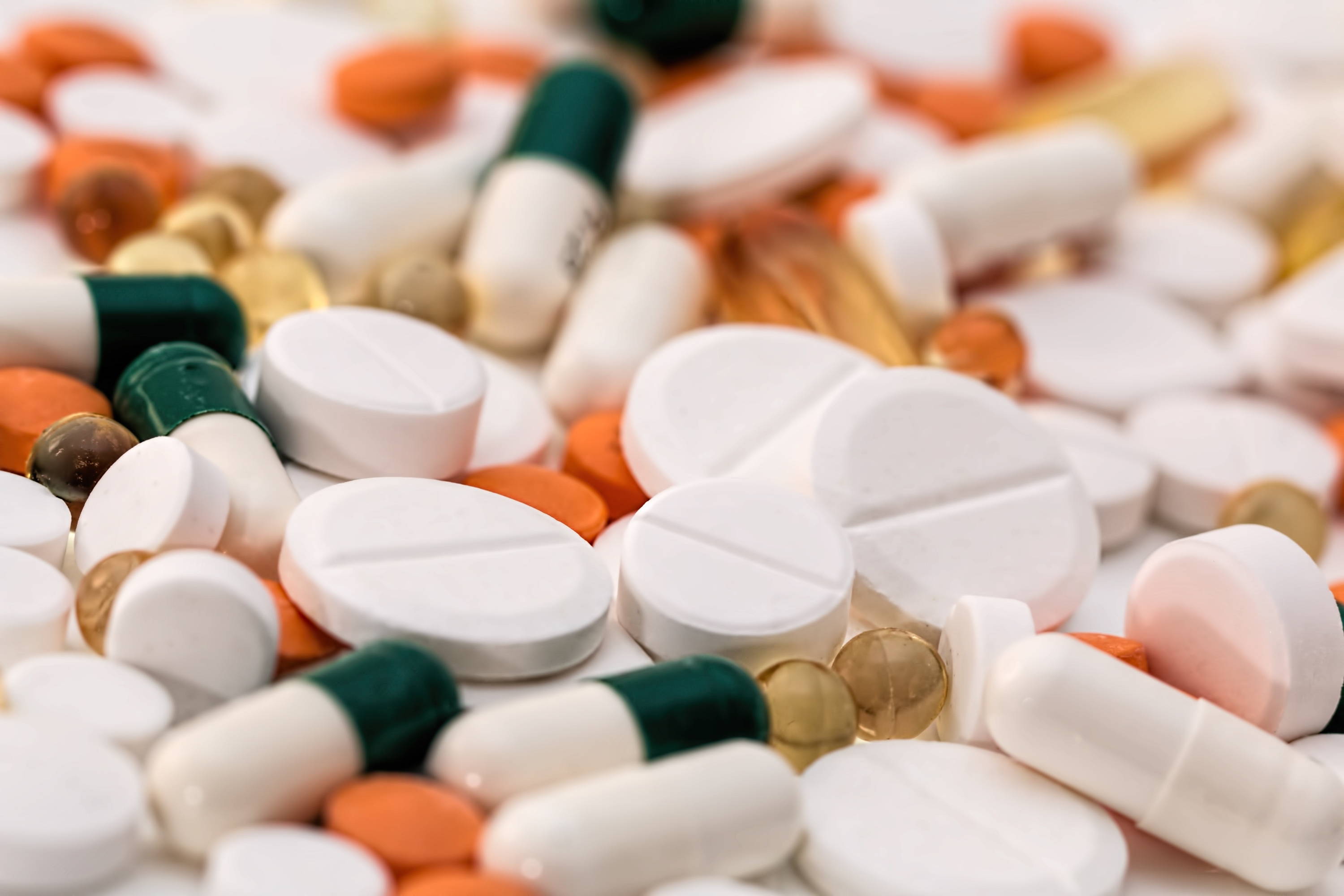 The six most commonly used illegal drugs in Australia are amphetamines, methamphetamines, cocaine, opiates, marijuana and benzodiazepines. Drug testing kits used for workplace drug testing should cover all these at a minimum.

Drugs can affect different people in different ways. How a drug affects a person can depend on their weight, size, and health, their frequency in using their drug and also the presence of any other drugs in their system. The effects are also dependent on the amount of drugs taken.

With illegal drugs, it can be hard to judge how much has been taken because they are uncontrolled, and therefore the quality and strength of the drug varies from batch to batch.

The effects of drugs, and the symptoms of coming down and withdrawal, can affect a person‘s ability to work safely and effectively, which is why most organisations have a strict zero tolerance towards drugs (and alcohol) in the workplace.

Where to Find Andatech's
Safety and Wellness Products 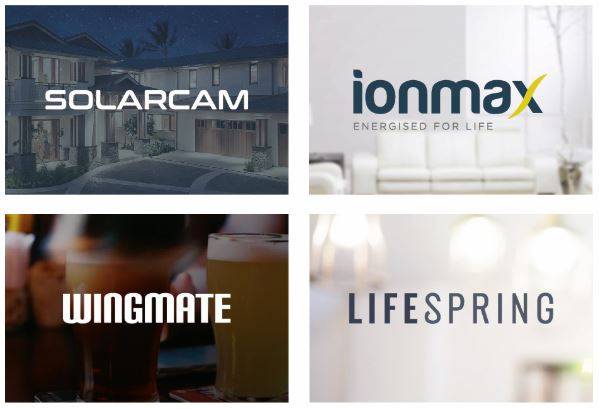 Andatech’s Distribution site andatechdistribution.com.au is the best place to find our wide variety of safety and wellness products. 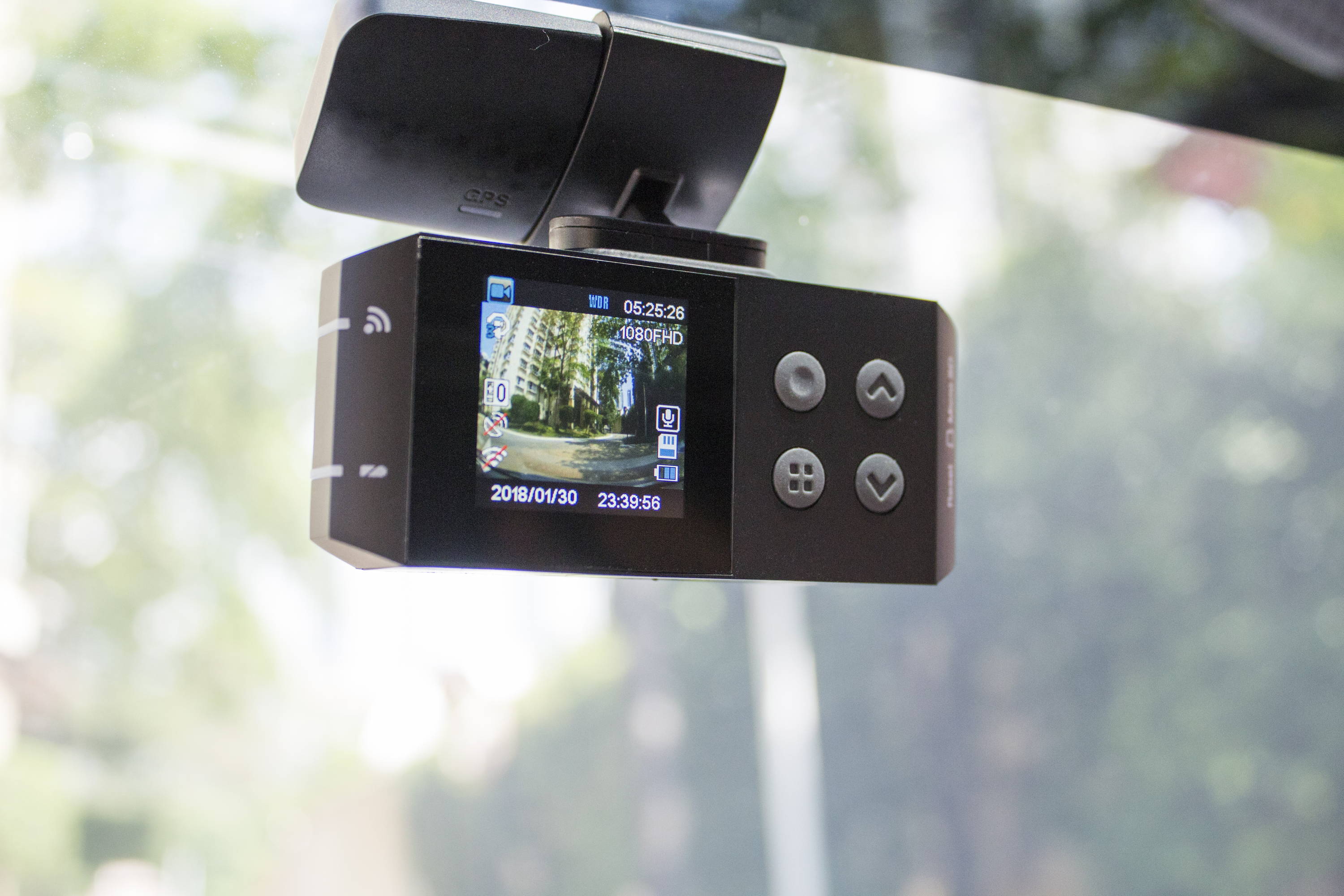 Andatech is pleased to offer readers a giveaway in recognition of this new Andatech product that was launched recently and reviewed in the May issue of The Andatech Advocate.

You can read the DriveSense Dashcam Review here.

To have a chance of winning, you need to browse our website to find the answer to this question: What is at least one other term that dash cams are referred to?

Submit your answer via this link before the contest ends on 14 September 2019, and we'll notify you if you are a winner.

One of Scotland‘s most experienced journalists and broadcasters, Stephen Jardine, says that plane passengers should have to pass a breathalyser test before boarding if they show signs of being drunk at the gate.

He also says that disrupting a flight should lead to a 10-year flying ban.

This follows a report of ̳drunken yobs‘ terrorising passengers on a flight from Edinburgh to the popular Spanish holiday island of Ibiza. Other passengers were greatly affected and it would have spoilt their holiday.

What do you think? Should all airlines implement a policy such as this? Have you ever been impacted by rowdy or drunken passengers on a flight? 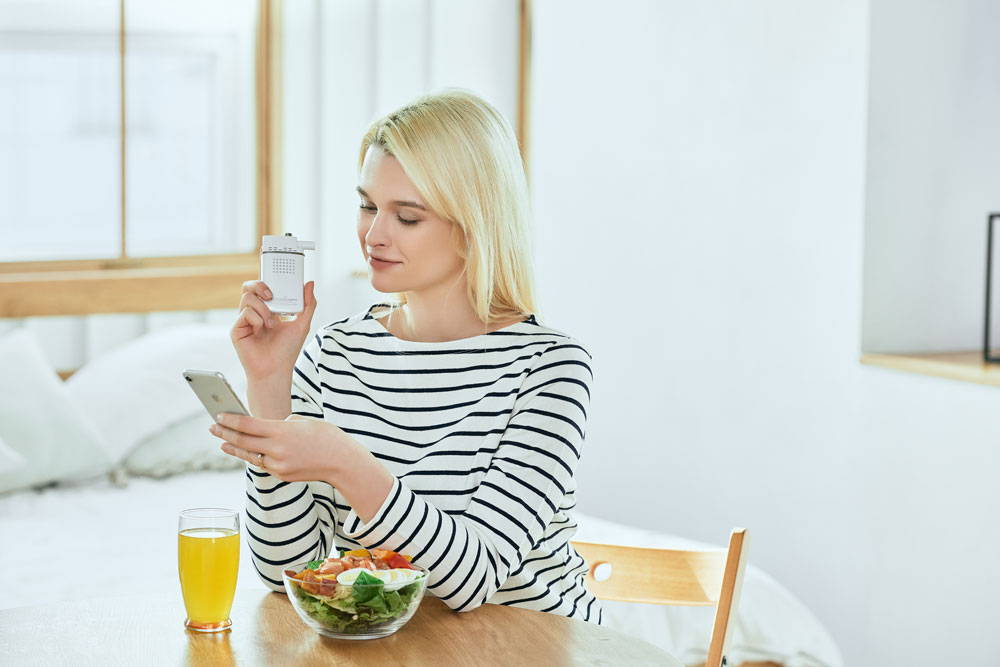 If you are on a keto diet, a new, smart and portable meter can measure your ketone level with just a three second breath.

The KetoScan Mini is an electronic tester that works with a mobile app so that all ketone test results can be tracked from a smartphone. The KetoScan Mini eliminates the need for invasive and unpleasant urine and blood tests, measuring breath acetone concentration up to 99 parts per million. This simple test can be done at home, in the gym, after a swim or jog or anywhere a fat loss result is required.

There are several versions of the ketogenic diet, with the most common being a very low-carb, high-fat diet that involves reducing carbohydrate intake and replacing it with fat. This diet allows the body to start burning fat instead of glucose and can help people lose weight. This reduction in carbs puts a body into a metabolic state called ketosis. It is recommended that anyone undertaking a keto diet first seeks advice from their GP.

The more fat that is metabolised into energy, the higher the levels of ketone in the breath. A Ketone Levels Chart is provided with the device that shows 13 ketosis levels along with an acetone reading, which is an indication of body fat lipolysis and ketone generation. 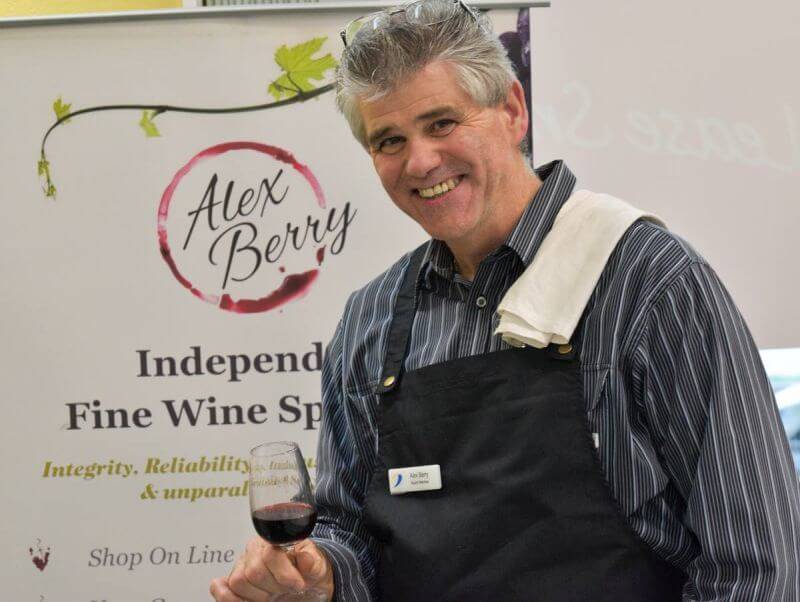 If you‘ve invested in premium wine sealed under cork that isn‘t for the ―drink now‖ shelf, there are some important factors to consider to ensure the wine is stored in optimum conditions.

Most wine lovers couldn‘t afford ―the ideal wine cellar upwards of $15-20,000, but new technology in the form of a humidifier can provide both novice and experienced wine buffs with a low-cost alternative that can be used to preserve and enhance the wine‘s characteristics.

According to fine wine specialist, Alex Berry, who has 30 years‘ experience as a professional fine wine consultant, educator and wholesaler, in researching this dilemma and consulting several of his colleagues and winemakers, along with his experience with wine storage, the key factors in correct wine storage are temperature, light, humidity and vibration — the lack of it.